Connswater believes that a home is a building block to a better life; it impacts on health, education and sustains relationships and families. At Connswater they work to keep people in their homes by offering choice, affordability and desirability. 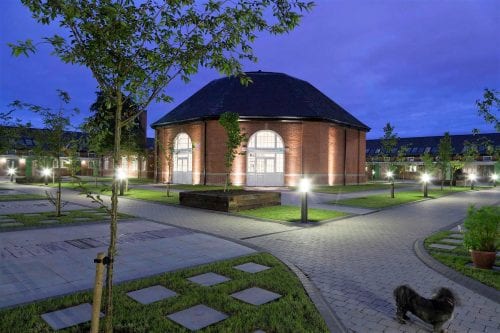 On 4 April 1976 following a meeting in the local community centre, a committee was formed to examine the possibility of regenerating the Connswater area of East Belfast. A chairman, Reverend James McAllister was elected and Connswater Housing Association was subsequently formed and registered in 1977.

The association was allocated an Action Area and the initial task was to turn the derelict houses into homes once again. The first new build scheme did not materialise until 1983 but this was quickly followed by additional schemes.

In 2003, with much of the local regeneration now completed, the association made the decision to move outside its traditional boundaries and actively seek development opportunities province wide. In recognition of this wider area of operation Connswater Housing Association re-branded to Connswater Homes.

Connswater Homes continues to expand with over 800 housing developments throughout Belfast as well as Antrim, Lisburn, Newtownabbey, Newtownards, Portaferry and Downpatrick.