Almost 9 in 10 homes unaffordable for people on Housing Benefit

NIFHA has welcomed new research from Housing Rights which shows that renting privately in Northern Ireland is becoming increasingly unaffordable for people who rely on housing benefit to pay their rent. 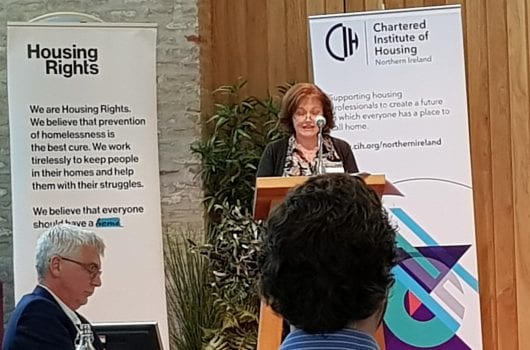 NIFHA has welcomed new research from Housing Rights which shows that renting privately in Northern Ireland is becoming increasingly unaffordable for people who rely on housing benefit to pay their rent.

Almost 9 out of 10 of rental properties are out of reach for people receiving Housing Benefit with the research showing that as little as 12% of properties in the sector would have their rent fully covered by the amount of benefit available.

The research also shows that over a ten year period, whilst the number of households renting from private landlords has increased significantly, the number of properties which are available to rent at a level which is fully covered by housing benefit has reduced by 75%.

“NIFHA welcomes this important research which highlights the alarming gap between Housing Benefit and the cost of renting in the private sector.

“People on low incomes are worst affected by this and are also facing the potential ending of welfare reform mitigations next March.  As there are more than 24,000 people already in housing stress, we need to help people maintain their homes and build more across all tenures.

“Housing associations are keen to develop more mixed tenure schemes to address this urgent issue. Our sector will continue to work with the Department for Communities, NI Housing Executive and others to achieve this.” 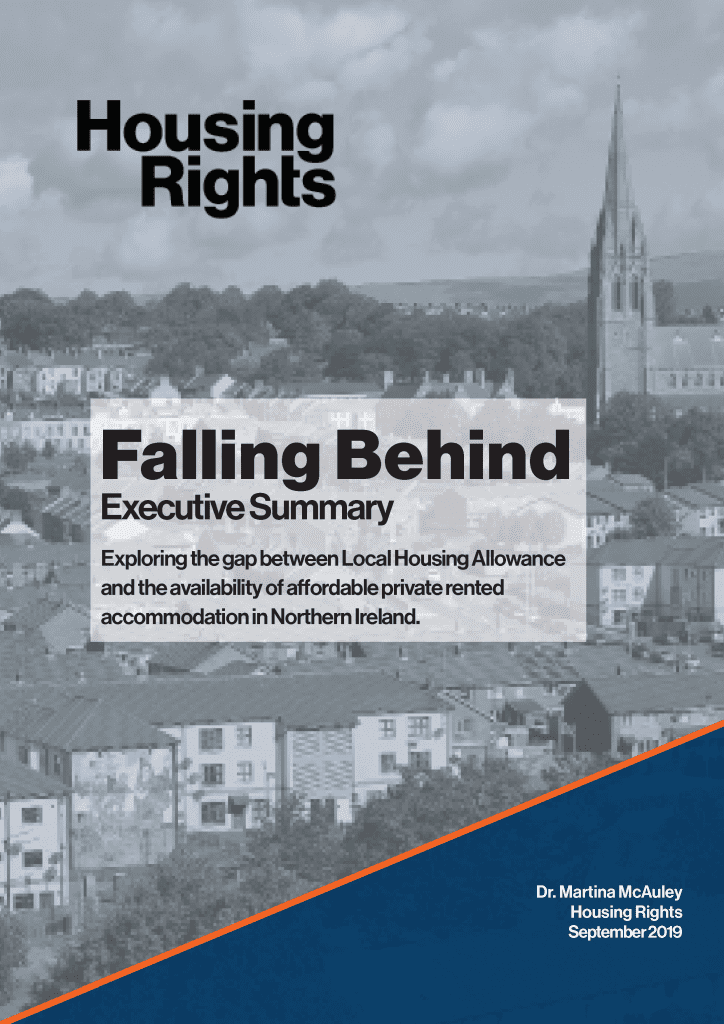 Housing Rights warns warned that the findings are particularly concerning when read alongside government statistics which show loss of rental accommodation as one of the top reasons for homelessness locally.

“Our research highlights clear and persistent affordability issues for low income private renters who are impacted by a growing gap between the level of benefit help available and their rents.

“With benefit support supposed to cover the rent in the bottom third of the market, it is deeply concerning that as little as 1 in 10 properties are actually available at this rate.

“We identified that in over half of all properties advertised for rent, the tenants would have to pay a shortfall varying from £45-£134 per month. We are concerned this places many low income households under serious pressure to keep a roof over their heads.”

The research identifies that, whilst on average rents in Northern Ireland have risen roughly in line with inflation, housing benefit for private renters has not. Housing Benefit paid to households who rent their home from a private landlord is paid at the Local Housing Allowance (LHA) rate. The formula used to decide how much LHA rate to pay to these households has been impacted by a number of benefit cuts since 2011, including the benefit freeze. It is estimated that 38% of those living in the PRS in NI are in poverty[1] (JRF, 2018)

The research findings come at a time when charities across the UK have been highlighting the impact that cuts to LHA rates has had on low income households who rely on the benefit to stay in their homes. Locally, Housing Rights says that whilst this research shows the local picture of these national concerns, there is also a specific Northern Ireland response that is required.

Ms McCauley continued “At a national level, Housing Rights joins others in calling for Westminster to ensure that Local Housing Allowance payments are adjusted to cover, at minimum, the bottom third of rents in the private rented sector. It is vital that the increasing numbers of families who live in this sector, often because they can’t access a social home, have the government support they need to find and keep their home.

“Closer to home, this research should also be reflected on by local policy makers in a number of key areas. Firstly, the extent of the affordability problems facing low income households is further evidence of the unsuitability of the sector for vulnerable homeless households.  Secondly, any additional welfare protections being considered post March 2020 should include some level of additional practical support to assist private tenants who face affordability problems because of the cuts to Local Housing Allowance.”