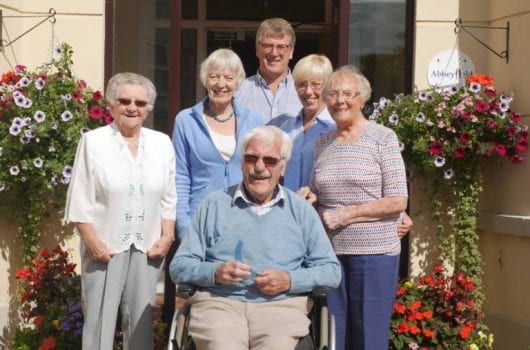 Abbeyfield & Wesley Housing Association, which is a local charity that provides housing and support for older people, challenged residents to enhance the entrances to their houses by planting an array of beautiful blooms.

Geraldine Gilpin, chief executive, Abbeyfield & Wesley Housing Association, said: “Abbeyfield houses have wonderful front doors and entrances, but with this Doorstep Challenge residents and volunteers were asked to build on these and take them to the next level.

“The initiative was launched early spring and Abbeyfield & Wesley residents across Northern Ireland started planting seeds and planning their floral displays for the summer.

“A massive amount of effort has been invested by residents, volunteers and Abbeyfield & Wesley staff in creating vibrant, innovative, fun displays that are awash with colour and fragrance. I would like to thank everyone who has taken part and embraced the challenge.

“The floral displays for the competition were judged in July and our winners have received a garden centre voucher so that they can continue to create new and inspiring displays that change with the seasons.”

The Doorstep Challenge forms part of Abbeyfield’s Breath of Fresh Air programme which seeks to enrich the lives of older people, including those living with dementia, by connecting them with nature and the outdoors.

Ms Gilpin elaborted: “Abbeyfield plays an important role in local society by providing a range of high quality accommodation and services to older people throughout Northern Ireland, from purpose-built apartments right through to bungalows and flats offering independent living for active elderly and supported sheltered houses for those requiring additional support while maintaining independence and residential care.” 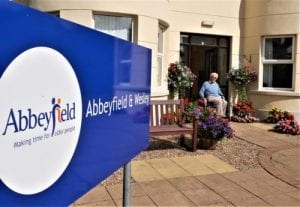