Home > Latest News > Regeneration and segregation in Belfast: rethinking the economics of peacebuilding

Regeneration and segregation in Belfast: rethinking the economics of peacebuilding

Belfast’s physical regeneration since the Good Friday Agreement has had socially and spatially uneven effects, writes BRENDAN MURTAGH, with sites of modernity now sitting uncomfortably close to communities still affected by poverty, division, and violence. He emphasises the centrality of economics in the community relations and peacebuilding agenda, especially in the places left behind. 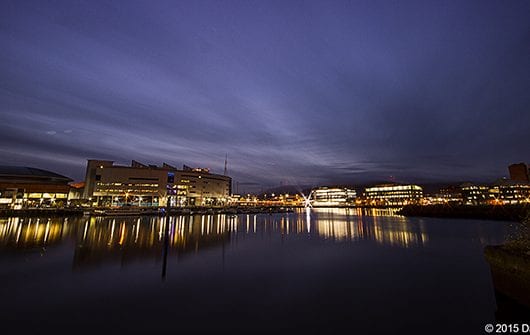 The latest collapse of the Stormont administration, scandals about a renewable heat initiative, and Brexit underscore the fragility of the Northern Ireland peace process. It is tempting to dismiss the progress that has been made in the last 20 years. Peace and economic development have bolstered inward investment, tourism, growth in high value sectors (cyber security, film production, and back office finance) as well as elite property precincts in the city centre and along the riverfront. These processes have also led to significant residential desegregation, especially where labour and housing markets intersect to create mixed religion, but overwhelmingly middle-class neighbourhoods.

However, at the same time as integration has increased in the south of Belfast, segregation has intensified in the north and west. This ‘twin-speed’ city sees new peace lines, poverty, and even violence sit uneasily alongside the face of modernity that the authorities like to project as the Belfast renaissance story. But, if economics has expanded integrated neighbourhoods, inter-group contact, and socio-spatial mobility, then where is class in the community relations and peacebuilding agenda? 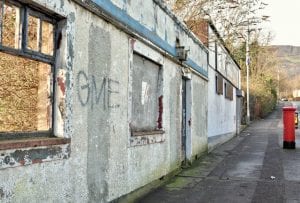 The community relations sector in Northern Ireland has developed enormously, bolstered by EU, US, and government funding over the last five decades. The sector has also done enormously good work in tackling sectarianism, the legacy of paramilitarism, the needs of victims and segregation in education, the workplace, and housing. Yet conflicts rarely remain frozen; they are instead constantly restructured in composition and meaning, and demand new and more flexible responses as they move temporally and spatially.

The economist Amartya Sen disputes the idea of a ‘civilian clash’ in global conflicts, arguing that identities around race or religion often mask underlying conditions of poverty and exclusion, which in turn act as a resource to mobilise disaffected groups for sectarian advantage. Northern Ireland may have been a late colonial relic, a sectarian statelet, and a divided community but it is clear that division is now most pronounced among the poorest and is increasingly reterritorialized where the benefits of the ‘peace economy’ simply have not reached. The knowledge economy that has expanded a more cosmopolitan and outward looking city is off-limits to the most divided and disadvantaged communities. They face a skills mismatch (with depressingly low levels of literacy and numeracy, especially among young males); and a spatial mismatch, in that new jobs are concentrated in investment sites that are not close to (or interested in) the poorest places.

A different regime, that is more sustainable in these conditions, has emerged in the form of social enterprises, intermediary labour markets, local trading, and (limited) community finance. It is not particularly new but has a proven record of success in creating jobs, labour mobility, cooperative start-ups, and in delivering services in areas where private and (increasingly) public markets are failing. As an example, the Ashton Community Trust in north Belfast employs 220 people, has a turnover of £8m, and has six business lines including childcare, housing maintenance, and professional counselling. It opened a high spec Fabrication Laboratory (FabLab) to teach digital skills and this has attracted people from both communities, across the interface and among the most disadvantaged neighbourhoods in the city. This offers a pathway to employment and has had significant effects on inter-community attitudes for the 700 young people who use it every year. But it does not assume that young people have constructed their identity around a strong sense of Britishness or Irishness. Some have, but for most these are simply not relevant to their sense of themselves, their interests or their aspirations.

Community relations practice often emphasises an identarian frame, which intentionally or unintentionally reinforces the very structures it purports to challenge. Single-identity work simply reproduces sectarianism and a sense of entitlement among thinly-constructed notions of the self and especially the community. ‘My community’ is the most overused and farcical term in the peace-building narrative, because it ultimately pits poor neighbourhoods against each other, encourages a race to the bottom and a destructive resource competition for increasingly limited funding.

In north Belfast, the social economy has developed facilities and services that are replacing interfaces; it has created new, reasonably-paid jobs and training pathways in sectors that work; brought people together as workers; recycled money in the local economy; created networks and alliances to strengthen community businesses; and provided opportunities for expression that refuses the containment of green and orange politics. Every £1.00 that the Ashton Community Trust invests creates a local multiplier effect of £1.78. They have supported the development of a new childcare centre on a notorious peace line and have developed links with advanced social economies in the Basque Country, Emelia Romagna, and Quebec.

But they have struggled to scale their work and without the right enabling environment, they face considerable challenges in growing the business. There is little actual evidence that social enterprises, certainly in Belfast, are being repositioned as a welfare alternative and most have developed in response to local service gaps, community mobilisation, the church, factory closures and so on.

Ethnic entrepreneurs in the form of flag protesters and dissident Republicans, of course, capitalise on these processes holding the bloc vote in place behind the peace lines that show no signs of moving. The DUP and Sinn Féin have little investment in an explicit desegregationist project, despite their previous commitment to removing the interfaces by 2023. The Irish Language Act is at the forefront of the political agenda, but works in the false consciousness that pulls back both communities from recognising their common economic position, history, and likely future.

There is no social economy strategy, no programme investment to support community businesses, nor progressive legislation (such as a Social Value Act or Community Asset Transfer), despite repeated calls for such support from projects in DUP and Sinn Féin heartlands. The weak regulatory environment extends to a lack of progress on social finance, public procurement and skills development; and despite their local impact, social enterprises remain as largely isolated, self-maintaining projects rather than a coherent movement capable of building cross-community alliances and business networks. Northern Ireland is likely to get its fifth EU Peace Programme (PEACE PLUS  2021-2027) and this provides an opportunity to reposition the post-conflict narrative around the people and places that were most affected by the violence and have benefited least from the peace.

Note: the above draws on the author’s published work in Parliamentary Affairs and is shared with the kind permission of the author, Queen’s University Belfast and the LSE’s British Politics and Policy blog.