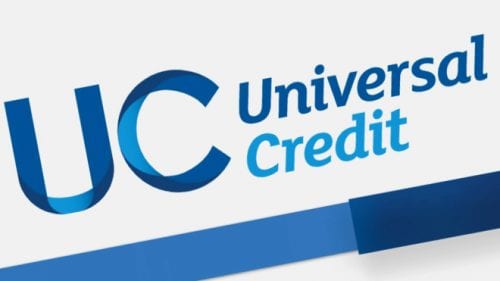 Together these organisations represent more than 1,000 housing associations providing homes for over 5.9 million people, and they are urgently calling on Government to change their flagship benefit policy before it is rolled out to all parts of the country this year. This includes scrapping the “two child policy” where families only receive benefits to cover the cost of their first two children.

Surveys of 118 housing associations in England, Wales, and Scotland reveal that their Universal Credit tenants are in £24 million of rent arrears. This figure is only a snapshot of what’s happening to social housing tenants across the country on Universal Credit and it’s likely there are many more people struggling financially.

This is also the case in Scotland, where two thirds (65%) of Universal Credit tenants are in arrears, compared to less than a third (32%) for all other tenants. If this level of indebtedness was to be maintained in Scotland, when all social housing tenants currently on housing benefit eventually migrate to Universal Credit, arrears will exceed £110 million.

Moreover, the English survey found there has been a significant increase in demand for support services from housing associations as more people are moved on to the new system. More than half (51%) of housing associations in England have reported an increase in food bank vouchers issued to people struggling to pay for food, while nearly two thirds (59%) reported an increase in demand for welfare advice needed to help tenants say in their homes.

Universal Credit is merging six existing benefits into one and is being introduced gradually across the UK. To date it has been rolled out to around 10% of potential claimants in Great Britain, approximately 920,000 people. The number of people in receipt of Universal Credit is set to double this year and it is estimated that around 6.7 million working age people will be registered by 2023.

The “two child policy” has been held up as pushing families into poverty because families will longer receive benefits to cover the cost of feeding and clothing more than two children. Moreover, under Universal Credit, housing association staff have to go through a consent process every time they try and sort out a problem with the Department for Work and Pensions on behalf of vulnerable tenants. This makes it significantly harder for housing associations to sort out issues, causing unnecessary delays and stress and hardship for people.

The UK Government addressed some of Universal Credit’s flaws in the last budget in October 2017 and has already committed to making some changes to prevent severely disabled people losing out.  However, the four housing federations say these changes aren’t enough, and are now urging Government to make five vital changes before hundreds of thousands more people move on to Universal Credit.

Quotes from the federation chief executives:

David Orr, Chief Executive of the National Housing Federation, says: “Today’s findings show that the Government urgently needs to fix the fundamental flaws in Universal Credit. There are some very simple changes they need to make, like ensuring payments are made on time and allowing housing associations to easily negotiate on behalf of vulnerable tenants, so tenants get their money when they need it. If people aren’t receiving money on time, of course they’re being pushed in to debt. People depend on these vital payments.

“But the Government also need to make bold decisions like amending the two child policy. Families across Great Britain with more than two children are finding themselves with the same amount of money whilst trying to provide the basics for more children.“Whilst the Government have made some positive changes to Universal Credit that will make a difference to families, serious challenges remain and they urgently need to be sorted out.”

Sally Thomas, Chief Executive of the Scottish Federation of Housing Associations, says: “We have worked with the Government and made significant strides in making Universal Credit fit for purpose. We would like to see the UK Government accept our five asks as they will allow for further vital changes that will facilitate better administration of Universal Credit and reduce its negative effects on tenants.

“Housing Associations are doing everything they can to support tenants through the system but huge challenges remain. To date barely 12% of the total number of claimants have moved over to Universal Credit. A pause to the roll out would enable the DWP to ensure that the system is fit for purpose when significantly more people are included.”

Stuart Ropke, Chief Executive of Community Housing Cymru  says: The recent changes to Universal Credit are welcome, but as it stands, the system is still not fully fit for purpose. Implementing our five asks will improve the mechanisms of the policy while empowering tenants to take responsibility for their finances. However, to do this, it’s crucial more support is offered around budgeting to improve financial and digital literacy among the most vulnerable in our society.

Ben Collins, Chief Executive of the Northern Ireland Federation of Housing Associations, says: “A number of important points are raised in these five asks, which we support.

“In Northern Ireland the UC roll out is at an earlier stage than the rest of the UK and therefore we do not think a pause is necessary for the region. Working closely with the Department for Communities we have secured some important changes. The housing element is paid direct to landlords by default. Joint claims can have the personal element split between both claimants. The personal element can be paid twice monthly instead of once a month as in the rest of the UK.

“Over the coming months, housing associations will continue to work closely with their tenants to help ensure that the UC rollout is as smooth a process as possible. NIFHA will also work in partnership on an ongoing basis with the other UK housing federations, Department for Communities and other stakeholders.”

Linda Trusler, 58 from Flitwick lives in social housing managed by Grand Union Housing Group. She started claiming Universal Credit in December last year, when illness meant she lost her job as a care worker. She explains what happened next: “Straight away, I needed an advance to help me cover my rent. I’m now paying that back, on top of paying my rent and bills every month.

“My Universal Credit doesn’t even cover all of my rent, so I need to add some money from my Personal Independence Payment. I even get some money from my daughter to make ends meet every month – and I still need to go to a food bank. I’d describe it as grim.

“All this means I’ve ended up in arrears. I owe hundreds of pounds in rent I just haven’t had the money to pay. But Grand Union have been really understanding. My advisor, Elliott, has been so helpful with all the paperwork and budgeting. I’m getting there, but it would be so much easier without Universal Credit.”