Connswater Homes celebrated its 1,000th home on Friday 29th June, with a community fun day held at the Willows, Dunmurry. 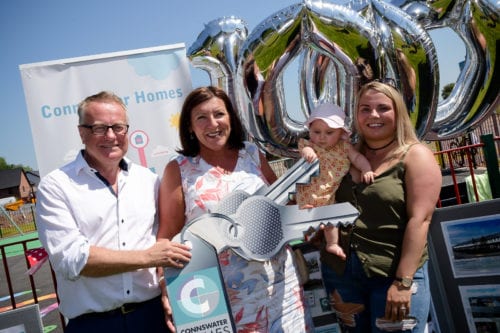 The event, held in the development where Connswater’s 1,000th home is located, was marked by the cutting of a cake by the Chairman Professor Paddy Gray and Chief Executive Jacqueline Locke.

A number of Lisburn and Castlereagh City Councillors were in attendance along with members of the local community. 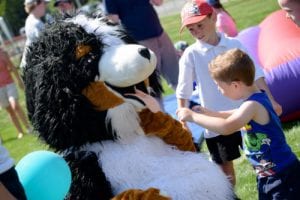 There was a range of activities for everyone to participate in including gardening, petting farm, complementary therapies and face painting, along with a BBQ, ice cream van and a DJ.

A lovely touch was added to the celebrations as well. Each person attending was invited to add to a unique mosaic by designing their own tile. Gayle Martin, Connswater’s corporate support officer, explained a bit about the project.” 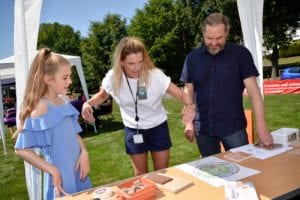 “To symbolise Connswater’s development from its roots in East Belfast to the various locations throughout Northern Ireland, we decided to create a mosaic artwork piece.

“The theme is a tree, to represent the growth of the organisation and branching out to different locations throughout Northern Ireland. Once completed, it will be displayed at the Willows, the location of our1000th home.”

The artpiece was designed by Eleanor Wheeler of Elfire Ceramics. The mosaic artwork will be made up of many pieces, with tenants in all areas having an opportunity to contribute to the mosaic via workshops which will be held during the summer.

Children at the street party also had the chance to to enter two competitions – colouring in and naming the bear – to win vouchers for Smyths Toys.