Earlier this year, NIHE implemented a five percent funding reduction across accommodation-based SP schemes, putting the viability of many schemes at risk. In recent weeks, the Department for Communities gave NIHE a one-off non-recurrent £2.6million allocation to the programme, however there is uncertainty over how the funding can be drawn down and fears that monies received will be cut again in April 2018. 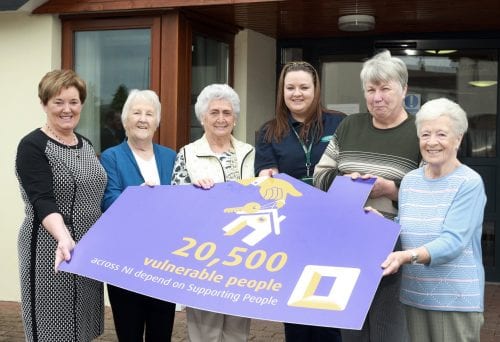 Ricky Rowledge, co-Chair of Committee Representing Independent Supporting People Providers (CRISPP) said, “While any reprieve is welcomed, this is a partial and temporary in-year reinstatement that does not cover the full scale of the budget reduction and service providers will again be facing a five percent budget reduction in six months’ time. Organisations cannot start to reintroduce or replace services and staff that have impacted by the cut in April.

Independent research has shown that every £1 spent in Supporting People schemes saves £1.90 for other public services. The loss of funding will not just affect the quality of life for more than 20,000 people it will result in a greater cost burden on other public spending.

Ben Collins, Chief Executive of the Northern Ireland Federation of Housing Associations said: “This short term saving will have a profound and expensive long-term legacy. Services cannot be sustained at the standard required and there is a very real danger that those in most need will not receive adequate support or may lose out entirely. We are calling for NIHE to reinstate the funding immediately to all providers and work in partnership with us to agree a sensible reform and strategy for Supporting People.” 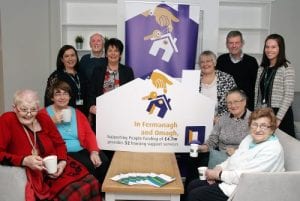 We are currently at the half way point of our Road Show campaign, which sees SP providers hosting Open Days in each constituency across Northern Ireland.
This morning, the campaign was in Enniskillen while tomorrow there will be Open Days in Strabane, Carrickfergus and Comber.

The campaign is attracting media coverage on television and radio as well as in regional, local and trade press. In addition, there’s a lot of traction on social media, with more than 137,000 impressions over the last two and half months. 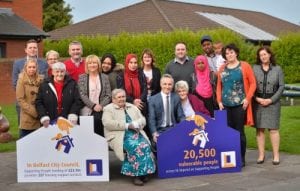 The schedule of forthcoming Open Days is as follows.

Find out more and join the campaign on: Twitter.com/KeepSP_NI  or Facebook.com/SupportingPeopleNI/