BLOG: Discovering the ‘social heart’ of the NI housing sector

I recently joined the team here at NIFHA in the role of Communications Officer with, what I initially thought, was a solid understanding of the Northern Ireland housing sector. However, I had never considered the challenges facing tenants and those working within the sector on a day to day basis. 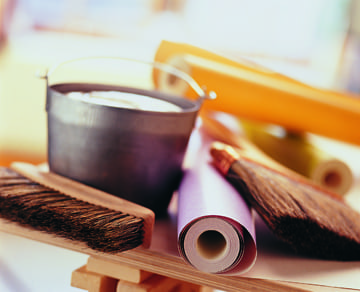 As part of my first week, I was invited to take part in a workshop led by Altair, a specialist housing consultancy. The aim of the workshop was to develop realistic, viable and costed housing based proposals to alleviate poverty – not exactly a simple feat by any means! The workshop was commissioned on behalf of Joseph Rowntree Foundation (JRF) as part of its Housing and Poverty Programme.
The workshop was attended by a variety of Northern Ireland housing specialists including representatives from Co-Ownership Housing, Housing Rights NI and the Chartered Institute of Housing.

I was introduced to several themes offering an insight into the lives of Northern Ireland tenants struggling with the current housing market. One such theme was the issue of affordability for tenants living in the Private Rental Sector (PRS) and the Social Rental Sector (SRS). Many tenants struggle with maintenance costs as the cost of turning a ‘house into a home’ continues to rise. For example, there are tenants who are tasked with furnishing new homes with carpets, furniture and electoral goods, always a costly undertaking in any sector. This is particularly more difficult for tenants living on low incomes who are forced to prioritise where to focus their finances.

I was surprised to learn about the shortage of temporary accommodation available in Northern Ireland. A tenant may require temporary accommodation due to unforeseen circumstances, which force them to leave their homes. Another issue facing Northern Ireland is the segregation of housing with mixed communities on the basis of religion, income and housing tenure. Housing associations have begun to develop shared housing on a pilot basis, but there is only so much they can do within the current system. Integrated housing communities are something we need to focus on going forward, particularly once our political institutions are back up and running again.

We also focused on Welfare Reform and the effects, physically, mentally and financially, it will have on tenants living here. The idea of the single payment system is causing undue anxiety for tenants who depend on the financial support they receive.

While I may have had a limited knowledge of these issues prior to joining NIFHA, I didn’t anticipate the complexities of the challenges facing the sector. However, I was inspired by the unmistakeable passion demonstrated by those who work in the housing sector. These people expressed a genuine aspiration to help tenants and wanted to do all they could to ensure everyone received high quality housing.

I was also introduced to a new term by our Chief Executive, Ben Collins, when he described the sector as having a, “corporate head with a social heart”. I understood what he meant immediately from my experience in the workshop. Whilst there is a lot of corporate decision making to be done in housing, the virtue of helping others is at the core of every decision made. I think to work within this sector you need to have at least one of three things: 1) a desire to help other people 2) a ‘can-do’ attitude when tackling difficult situations and 3) a corporate head with a social heart.